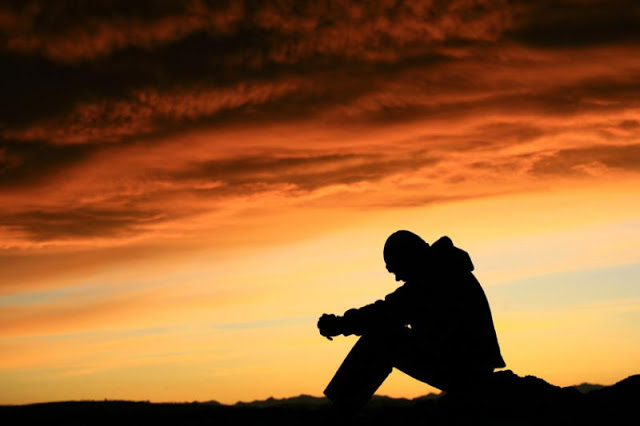 Good morning Divine Perspective Readers, trust you had a great weekend? We continue on our New Creation Prayers series today, although we’re about rounding off… I think we would end on post 25. It has been a very enlightening series even for me and I trust it has been for you as well. I’m grateful to God for wielding my mind and hands as a tool for stirring recrudescence in our understanding of prayer. Prayer has always been effective and effectual, the gap however in our result margin is usually in the place of our understanding of its workings and dynamics. Today, we will be considering the Pathway to Experiencing The Supernatural in our lives on a regular basis. I will be sharing 5 basic principles with us and I believe if this principles are adhered to, alongside the understanding we have garnered in the past 22 posts, we would be on our way to living heaven on earth supernaturally.

1. Have a Humble Heart: Humility is one of the most powerful virtues any believer will ever exercise. It gets God’s attention EVERYTIME. There is just something about God and humble people. He specializes in raising and exalting the humble and He steadfastly resists the proud. The power that was given to Jesus was given after He humbled Himself and became obedient unto death, even the death of the cross…

Phil 2:5-8 Let this mind be in you, which was also in Christ Jesus: 6 Who, being in the form of God, thought it not robbery to be equal with God: 7 But made himself of no reputation, and took upon him the form of a servant, and was made in the likeness of men: 8 And being found in fashion as a man, he humbled himself, and became obedient unto death, even the death of the cross.9 Wherefore God also hath highly exalted him, and given him a name which is above every name:

God wants us to have the same mind that was in Christ Jesus. Humility preceded His exaltation and glory. God might never trust you with His supernatural power if He knows you will use it to achieve your own ends. Afterall, He distributes it according to His will based on His knowledge of your heart. Jesus had all the power in the world to kill the roman soldiers that came to arrest Him, but He chose to restrain Himself because He was a humble man, He could have gotten rid of them by the snap of a finger, but He chose to plead for their forgiveness. Power is not meant to be used in cursing people who leave our Church or used in killing our enemies… The Supernatural Power of God is primarily used to reveal His love for His Children. So God uses His power to heal, so He can demonstrate to His children that He cares enough about them to heal them of their infirmities. Jesus said He could deploy more than 12 legions of angels to wipe out His adversary, but He chose not to. Now let me explain this to you… A legion consists of 6,000 angels, 12 legions would amount to 72,000 angels. The minimum capacity of one angel according to Isaiah 37:36 is 185,000… that is the amount of people an angel can kill overnight without sweating. So let’s do the maths, to get the capacity of 12 legions, we need to multiply 185,000 by 72 which gives us 13,320,000… Jesus did not say He could call 12 legions, He said He could deploy MORE than 12. Now that was the protocol detail that followed Jesus around wherever He went, yet He never used it to His own advantage. If you must wield the power of the Holy Ghost, then you MUST be a humble man. Power without character will destroy its carrier.

The truth is this; there is no miracle the devil cannot fabricate, he uses familiar spirits to know the past events about people’s life, he can actually fabricate the perverted version of all the gifts of the spirit, but one thing he can never do is to LOVE. That is the difference maker. Don’t desire the best gifts because it would make you popular and perceived powerful, else the devil can tempt you to receive his version, but follow the most excellent way; The Way Of Love. I advise that you write/type out the attributes of LOVE as written in 1 Cor 13:4-8 in the Amplified Version, replace LOVE with your name, and begin confessing it as regularly as possible. This will definitely open up the portal of the supernatural to you, because even Faith works by Love.

3. Don’t Be Ignorant: The simple reason why a lot believers do not walk in the supernatural is because they simply do not know about it. Paul started his 1 Cor 12 expose by saying “Now concerning spiritual gifts, brethren, I would not have you ignorant”. A huge percentage of the Body of Christ is ignorant about the gifts of the Spirit and their operations. For example, some people do not believe in speaking with tongues and the ones that believe have very funny understanding about it. The gifts of the Spirit have not passed away like many suppose… 1 Cor 13:8 doesn’t mean the gifts have passed away in this dispensation, it will eventually when we see Jesus face to face and need no knowledge for we would know Him just as we are known, there would be no need for the gifts of the Spirit, all we would have left would be Faith, Hope and Love. But while we’re here we ought to flow in the gifts of the Spirit. Do not let ignorance be your excuse for not walking in the supernatural. You can miss out on a lot of things God has in store for you by simply “not knowing”, and that wouldn’t be an excuse. Buy books on the gifts of the Spirit, I will recommend Kenneth Hagin’s “The Holy Spirit And His Gifts” and any other book you find enlightening. Know about the gifts of the Spirit, understand the different classifications, seek out biographies of men who had walked in these dimensions of the supernatural. If the Corinthian Church who were the most expressive in the gifts of the Spirit still needed further explanation and grounding on the subject, then we must study and learn these things. By simply studying, you will be able to understand how the Spirit operates and distributes these gifts. For example by simply reading, you will know that any person who seems to become uncontrollable during manifestations of the gifts is “questionable”, because the spirit of the prophet is subject to the prophet and manifestations, however spectacular are still under the control of the vessel used. Having understood these, then we can move to the next point. However just so I won’t load you with so much details, we will continue with the remaining 2 in our next post.

I pray that you may KNOW what is the exceeding greatness of God’s power towards you who believe according to the working of His mighty power that He wrought in Christ when He raised Him up far above EVERYTHING. There is power in Christianity and that power is there for you to take advantage of. When you pray these prayers (Eph 1:15-23), your life will experience a resurgence and springing forth. For God, these are the most important prayers you could ever pray. I love you.. Have a supernatural week.

Soaring With The Holy Spirit – Reprove The...

Learning to Soar with The Holy Spirit

More Than an Event

These Things We Speak 2

These Things We Speak

I’m so blessed by this post. Can’t wait to read the remaining two! God bless you sir

This site uses Akismet to reduce spam. Learn how your comment data is processed.