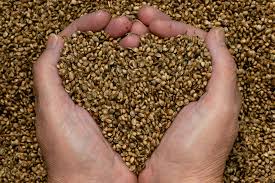 The Blessedness of Starting Small

One of the most beautiful emotions in life is that which parents have as they watch their children grow from that vulnerable little being, characterized by needs and pleas, into the mature and responsible adults who now own their choices and actions. I’m sure you have heard that the main difference between Adam and Jesus was the fact that Adam was made as a man while Jesus grew into a man.

Let me tell you a story… a real-life story.

I once had a boss who had a fantastic Business Model for his enterprise. He lived in a city where securing an office space was practically too expensive for a budding entrepreneur like himself to afford. He thought and prayed hard about a way out as he himself shared a tiny space with his friend and managed to run his printing business. But there was only so much business deals he could handle from such a tiny cubicle. One fateful day, God inspired him to be the solution to the problem that plagued him. Here is what he did.

He rented a 1000sqm space on savings and borrowed funds from Friends and Family, with the plan of creating several types of office spaces which any caliber of entrepreneur could afford, from the one-man workstation to the proper office that caters to about 5 staff. His plan was to have a massive complex that housed several businesses, take care of all their overheads, give them more services than they could offer themselves if they rented a normal space without shared facilities, they’ll pay less than the general market price for the same space, but he would have enough from all his sub-lessors to still pay his landlord and get some change as profit. It was one of the most remarkable ideas I had ever heard or been part of! But he needed to start from somewhere. So, because he didn’t really have so much cash to start with, he could only set up one office on this massive 1000sqm floor space. Felt like a dot on a massive canvas. One interesting thing about this pioneer office space though, was that it was made with a coffee brown wood finishing. He waited for 6 months before he got his first real lead.

“This place is dull” the lead said… and for the first time in his start-up experience, he realized that that may have been the reason why nobody had rented his space. He eventually changed that single office space into a brightly coloured brown MDF type wood. To cut the long story short, 3 years down the line, the floor is filled to capacity, he has another humongous building to manage in another location and he is not doing badly at all. If he had the 10Million Naira he thought he needed at the start, he would have made that much worth of coffee brown wooden office which nobody would rent anyways. He would have started big but with an awful prospect. The only possible direction would have been downward.

Why does God seem to be a stickler for starting small? There is absolutely nothing God has ever been so interested in its future that ever started out so big. Without the sequence of growth in place, we have no perspective to put things and we give God no room to demonstrate His abilities in our lives. There is a problem with always wanting to start out so big that there is no need for a vision. We must learn to start from Jerusalem, then Judea before we can attempt to cover the ends of the earth. To start from the ends of the earth is to create a downward trajectory from the onset.

By all means, see the big picture, dream large and wide and attempt to exhaust the film of your imaginative juices, but be willing to begin from where you are. To not be willing to start from where you are, is to not believe in the vision you see. To insist that you must right now, have the resources at the level of your dreams before you begin to pursue them is to deny yourself the credibility to achieve those feats. Anyone with a genuinely big vision will never be too high minded to start small.

The first and most profound character of Jesus, which He urges us all to learn from, is His meekness and lowliness… Matthew 11:29. Jesus would eventually be lifted high above all terrains. He would eventually fill all things by Himself, whether things in heaven, on earth and underneath the earth. He would eventually have all authority in heaven and the earth. However, He was ever willing to begin from the lowly manger and smelly stables, before graduating to the coarse reality of carpentry, nailing, chipping and filing.

He was at birth, the Son of God and indeed God… The wise men didn’t go all that way to worship a “cute lil baby”… They went to worship The King. Elizabeth said she wasn’t worthy to receive the salutation of the Mother of her Lord… Jesus was God at birth, but guess what God was willing to do? He was willing to start small and watch Himself actually mature into the Man ready for His ultimate mission on earth.

Make no mistake… your future is bright, you’ve got massive chances at being a wonder to your world, but my charge to you today is that you must never be too ashamed to begin small. Look around you, look hard… Mark major highlights of where you are, then grind your feet into the soil and begin from there. That is the least you shall ever be.

Job 8:7 (KJV)
Though your beginning was small, yet thy latter end should greatly increase.

Have a remarkable week ahead.